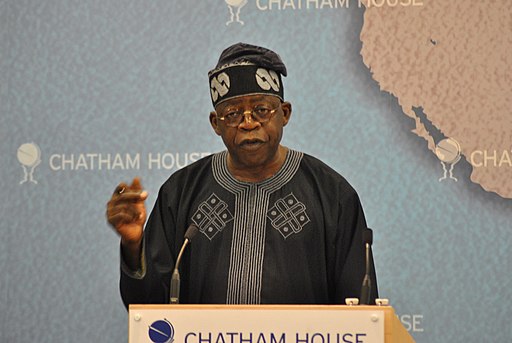 "Things fall apart; the centre cannot hold," is a line from "The Second Coming" written by the Romantic poet, Williams Butler Yeats, on an entirely different subject matter. But at a closer look, one would see that this line resonates more than ever with the current happenings in Nigeria.

First of all, let's start with the statistics. Nigeria is the third most terrorised country in the world. It is the 116th happiest country in the world. It also boasts of the highest number of extremely poor people. Enough of these gory statistics, the fact that the country sits atop gunpowder is visible to the blind. How the country degenerated to this damning, nation-breaking development is a history that saddens the mind of every citizen.

What's more? Anarchy is spreading like the coronavirus to every nook and cranny of the country. But the only challenge this time around is that the cure to this worrisome development is not the Oxford vaccines. To be honest, Nigeria has become a frustrating country to live in. This is why many youths, at every opportunity, pack their bag and baggage, to seek greener pastures in the white man's land. Another challenging development is the calls, or rather drums of secession, which have become the music that ethnic champions (or rights activists) dance to, without addressing the consequences. Nigeria, particularly under the Buhari's administration, has recorded spates of ethnic violence, among other crime rates.

For instance, the Indigenous People of Biafra (IPOB) has threatened President Buhari, to create the Igbo nation. The group's leader, Nnamdi Kanu has enjoined some European countries to help him achieve this reality. To put emotions aside, the Buhari-led government has shown vividly that it cares for a section of Nigerians than others, especially in policy implementations and political appointments.

Surprisingly, the Yoruba citizens, who have often emphasised the need for unity, now clamour for a new republic. The progenitor of this cause, Sunday Adeyemo, popularly known as Sunday Igboho, believes it is high time the Yoruba nation, called "Oduduwa Republic," became a reality. He is supported by other ethnic champions like himself. Although, Igboho's declaration does not enjoy popular support—at least from the big names in the South-Western part of the county. There are also mixed reactions as to how a man (Igboho), who recently achieved media fame from his audacious sentiments to emasculate the Fulanis from Ibarapa Land in Oyo state, knows what it means to form "a stand-alone nation" in a Republic.

Despite all these altercations arising from secession, President Muhammad Buhari has not taken proactive measures to quench this impending incendiary. Although, he had said the country will not witness another fratricide. But words without actions are empty. And empty words are not needed for this country to survive. Emeka Anyaoku, a former Commonwealth Secretary-General, also decried secession, harping that ethnic groups in the county have more to gain from living together.

The Boko Haram group continuously wreaks havoc in the Northern part of the country, especially in Borno—the home of peace that is now in pieces. The insurgents' multiple attacks have ruined the state to an alarming level and rendered millions displaced. Although it is believed the Nigerian Military is doing its possible best to push them back, this has not proved tangible. Some bandits are now kidnapping students almost daily. Even with their fatal operations, the bandits seemed to have made a spokesman out of the Islamic Cleric, Abubakar Gumi, who hurled verbal missiles at the media for calling them, terrorists. The Nigerian government now pays big sums—mostly undisclosed to the bandits!—in the guise of rescuing the victims. A horrible development that shows how security-ineffective our nation has become.

Amidst the quagmire the nation finds itself in, politicians (now called politico-criminals) are more interested in the 2023 presidential elections. It may surprise you to know that this is 2021, but this is how desperate attempts to "hijack power" by Nigerian politicians wor There is a massive power-play between the two biggest political parties in Nigeria—the All Progressives Congress (APC) and the Peoples Democratic Party (PDP).

To further strengthen the political structure of the APC, President Buhari has revalidated his membership, calling for a "bottom-up" process to gain more members. But APC is gradually losing its national support as opposed to 2015 when it unseated the then President Goodluck Jonathan. This is due to the disappointment and economic hardships witnessed by the citizens, and the perhaps brazen lackadaisical attitude of the Buhari-led government to address the citizens' welfare.

The PDP also wants to regain power in 2023. It had foreseen to be in power for close to 60 years. But it has also lost popular support. Thus, party members have embraced the bottom-up process to gain power in 2023.

But who is Nigeria's next President?

All indications point to Asiwaju Bola Ahmed Tinubu. The Jagaban of Borgu Kingdom, the Lion of Bourdillion, the Asiwaju of Lagos, among many other epithets used to describe him is (un) arguably the most well-connected politician in Nigeria. Tinubu has begun testing waters for his presidential ambition. He has tremendous influence in the South-West, although many said this has reduced due to the crisis rocking APC in the region. Political analysts believe Tinubu has a "federal backing" to achieve his long-planned dream, but controversial columnist and Professor, Farooq Kperogi, believes otherwise. The Jagaban recently celebrated his 69th birthday and the incumbent governor of Lagos State, 'Jide Sanwo-Olu, among other eminent personalities, described him as a sustainer of democracy.

To achieve his ambition, Asiwaju has many obstacles to scale through. He has to protect his name, which had been given the forsaken nomenclatures during the #Lekki Massacre. Asides from this, he does not enjoy the close affinity he once had with Buhari. Although, the Presidency has said it does not quarrel with Tinubu.

Tinubu, the vocal politician, ha remained mute when it matters the most, especially in regards to some unfavourable policies implemented by President Buhari. It is now a popular belief that Asiwaju now dances to President Buhari's cacophony in a bid to get power.

The Jagaban also faces corruption scandals, that many believe are orchestrated by the Attorney-General of the Federation, Abubakar Malami. This is just one of the multiple indications that all road is not clear for Tinubu, who is believed to be the "real Governor of Lagos state." Some people believe Tinubu wants to set the pace like Chief Obafemi Awolowo had done, but does not possess Awo's charisma. Tinubu is a Muslim, and he will need a Christian Northern running mate, which does not look possible, not forgetting it will be counter-productive. Whichever way, the important question that should be the focal point is simple and straightforward. Will Nigeria still be in existence by 2023?